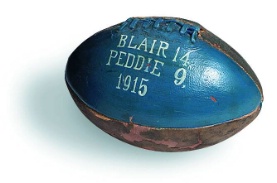 Each November, Blair’s fall sports teams face off against the Peddie School Falcons in one of the School’s most beloved traditions: Peddie Day.

What began in 1903 and is now New Jersey’s oldest prep school football rivalry has evolved into a weeklong celebration of school spirit culminating in a “Peddie Eve” bonfire and pep rally. Peddie Day is a full day of athletic competitions that alternate between Blair’s and Peddie’s campuses in Blairstown and Hightstown. The entire school, as well as many parents and alumni, come out in force to cheer the Buccaneers to victory, and the school that achieves the most wins takes home the Kelley-Potter Cup. 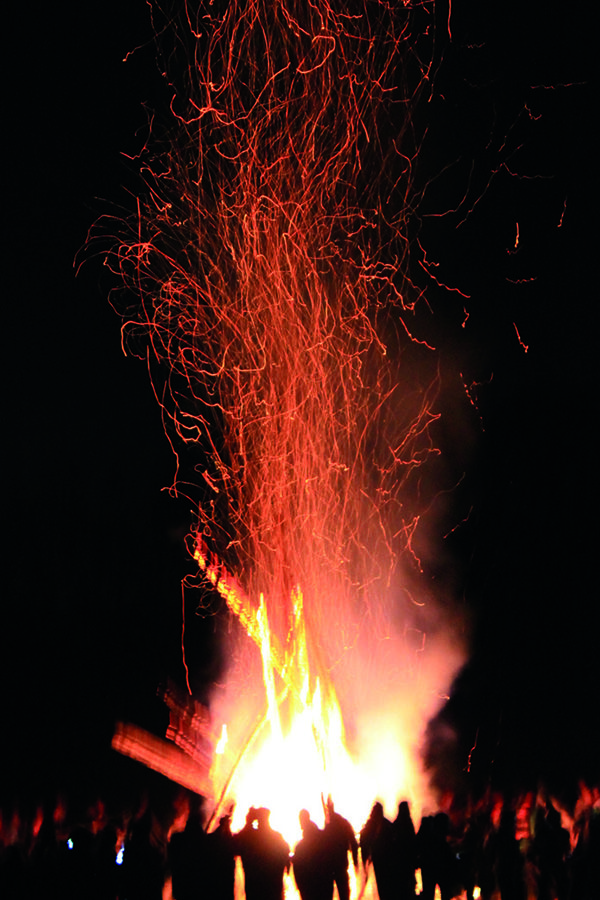 During the week leading up to the big competition, Blair students, faculty, parents and alumni come together at a variety of events to celebrate their school spirit and energize the Bucs as they prepare to go head-to-head with the Falcons. The “Peddie Eve” pep rally, torch parade and bonfire—annual traditions dating back to the late 1800s—are highlights of the year! 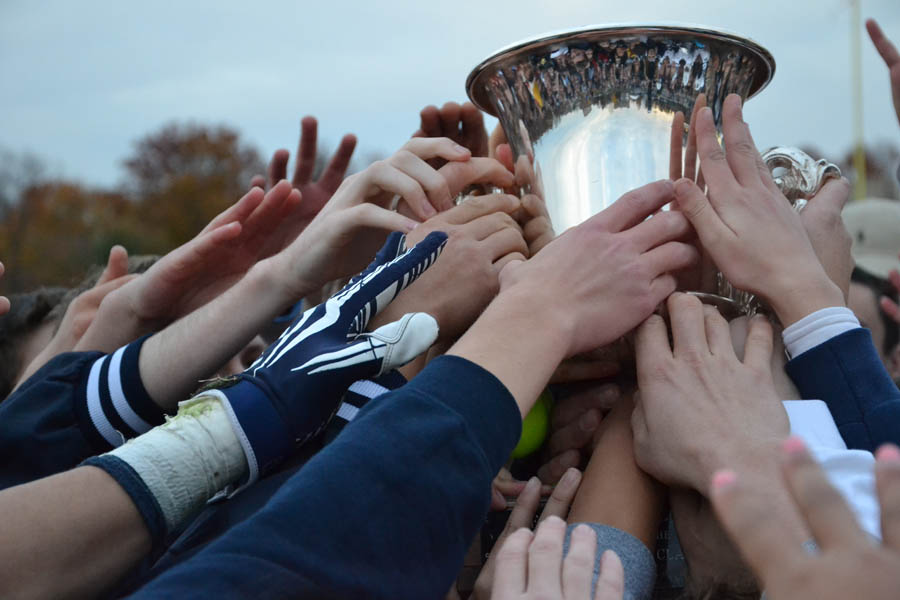 In 1988, Blair and Peddie ratcheted up the intensity of their decades-long rivalry by introducing the Kelley-Potter Cup, named for retired Blair Headmaster James R. Kelley and the late former Peddie Headmaster F. Edward Potter Jr. The school that wins the majority of contests on Peddie Day is awarded the cup and displays it in the Head of School’s office until the next year’s competition. 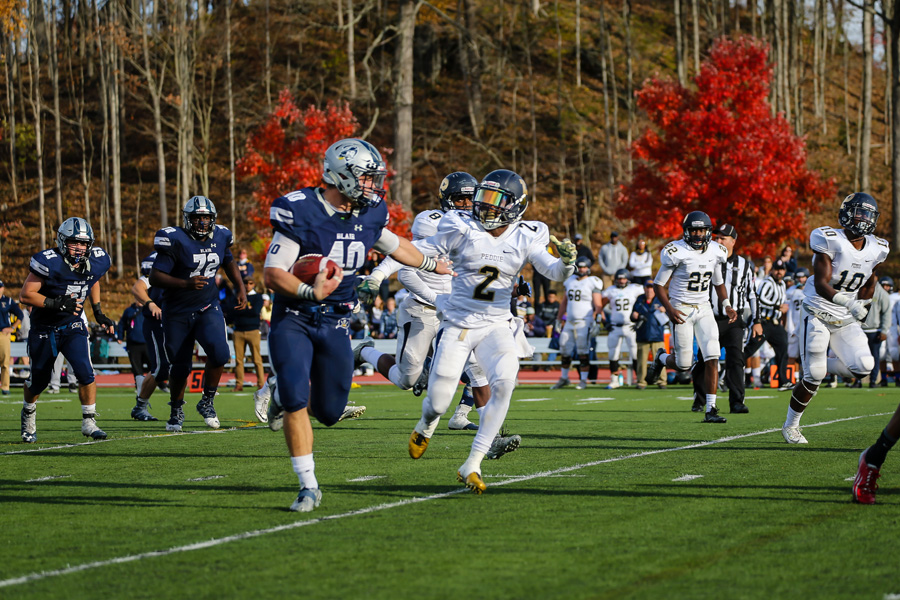 Since the first Blair-Peddie football game took place in 1903, Blair has defeated the Falcons 58 times, while Peddie has won 50 games. The contest has ended in a tie five times.