Blair lacrosse teaches a love for the game and encourages our players to show up both on and off the field. 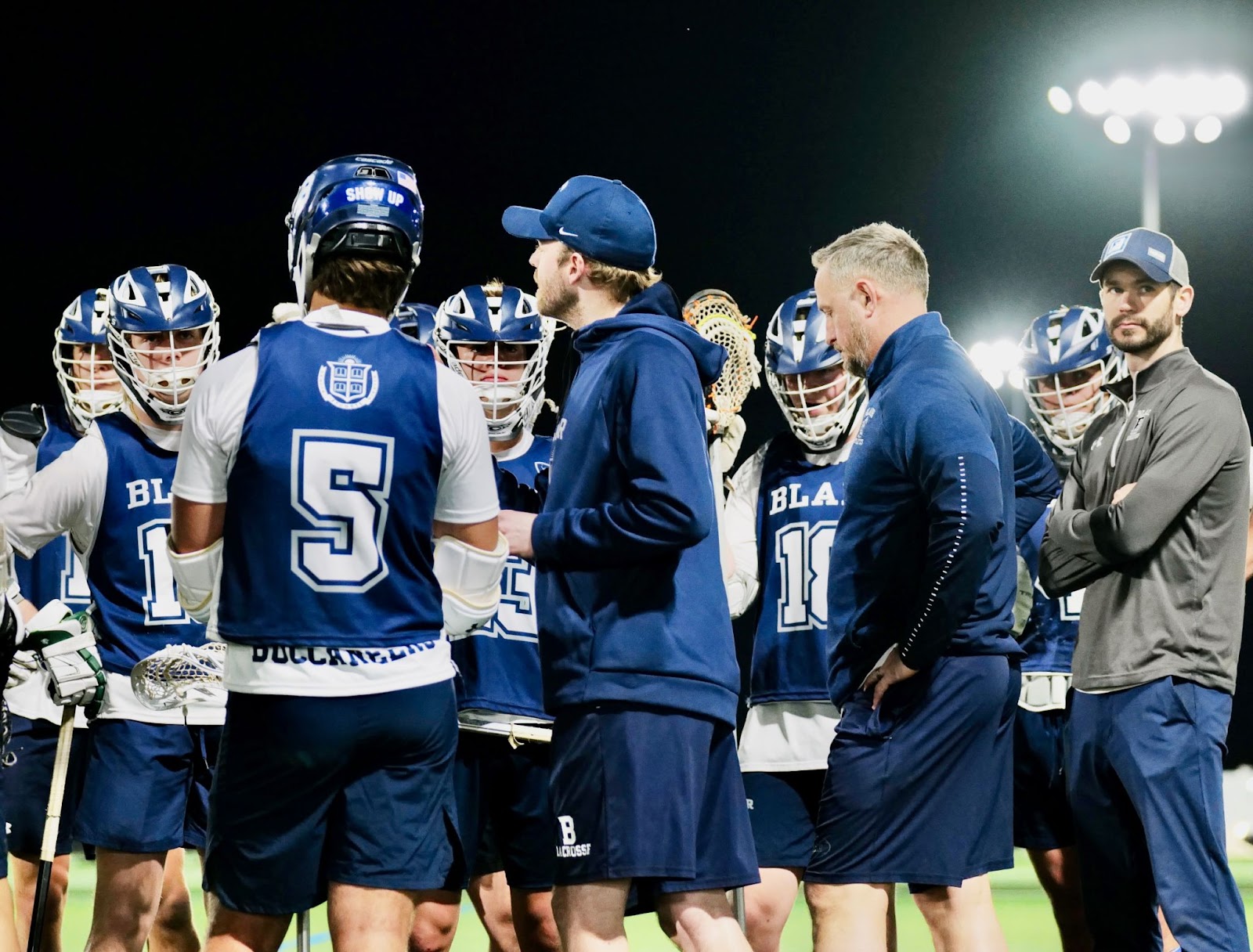 Our team members have multiple development opportunities during the off-season to improve their game. Sunday clinics throughout the fall are focused on skill development, player-led practices during the winter focus on team unity and stick skill improvement while a full lacrosse program trip to Arizona during March break provides the opportunity to play against top teams before the season begins.

Blair competes in the Mid-Atlantic Prep League (MAPL) against some of the best teams in the country. In addition to MAPL schools, we compete against a host of public and private schools in the area. Many of our players go on to compete at the college level. We have sent players to Bryant, Navy, Lehigh, Vassar, Gettysburg, Amherst, Drew, Franklin & Marshall, Trinity, Colorado College, Middlebury, Lafayette, Tampa, Hartwick, NJIT, Catholic, and Bates.

If you have questions or are interested in learning more about our program, please feel free to email Coach Fogel (fogela@blair.edu).

Mike Ryerson joined Blair's science department in 2009 after completing his undergraduate work at the State University of New York College at Geneseo in 2009. He teaches physics and astronomy and is a coach of the boys' lacrosse team. Mike and his wife, Andee, are co-housemasters of Lock Hall, where they reside with their two sons.

Teddy Wenner ’96 joined Blair’s admission team in 2012, relocating to Blairstown from Seattle, Washington. Teddy earned a BS in European history from the United States Military Academy at West Point and a MEd in school leadership from the University of Pennsylvania. At Blair, Teddy serves as dean of admission and assistant boys’ varsity lacrosse coach.

During his service in the Army, Teddy was stationed in Germany and spent multiple years on deployment in the region. He transitioned to a civilian career in business sales prior to joining Blair’s faculty. An avid outdoorsman, Teddy enjoys hiking, running, snowshoeing and any time spent outside. Teddy and his wife, Teresa, live with their son, Archie, age twelve, and daughter, Elsie, age nine, in Miller House.

The varsity boys' lacrosse team defeated the Peddie School on Saturday night by a score of 14-8. Facing off against their longtime rival for the second time this season, the Bucs jumped out to an early lead and did not look back en route to the victory.

On Thursday, April 22, the varsity boys' lacrosse team traveled to Perkiomen for a 19-5 win.

The varsity boys' lacrosse team defeated Peddie this past Wednesday with a final score of 9-4. Trailing 0-2 in the beginning of the game, the Bucs fought back and secured the win.

The Blair lacrosse program was founded in 1972 and builds upon a number of ideals that have served Blair students well over the years. Blair's JV program is designed to grow and develop young players so that they will eventually feed into the varsity program. JV players range from those who are new to the sport to those who have been playing for many years. At practices, we work to develop players at every level of talent so that all progress and improve their game.

JV-level players are encouraged to attend the lacrosse program's spring break trip each year and participate in our many preseason activities. We are one program, both JV and varsity. Not only is it important for our young men to play with more experienced players, it is just as important for our varsity players to have the opportunity to mentor and set an example for our young guys.

At Blair, we push you to be the best you can be, and we look forward to having you be a part of our lacrosse program.

Rob Anthony arrived at Blair in 2002 after teaching for three years at public schools in New York, Hawaii and North Carolina, and five years at Escuela Campo Alegre, a private international school in Caracas, Venezuela. Robin received his bachelor’s degree in mathematics education from the State University of New York College at Buffalo in 1993 and earned his master’s in education at The College of New Jersey in 2002. During his years at Blair, he has taught a variety of math courses, including algebra 1 and algebra 2 honors, pre-calculus and pre-calculus honors, and senior calculus. During his tenure, Robin has been housemaster of West Hall and South Cottage and assistant housemaster of Insley Hall. He currently resides in the Ciancia House with his wife, Rhonda, and their three boys, Elijah ’20, Ethan and Joshua.