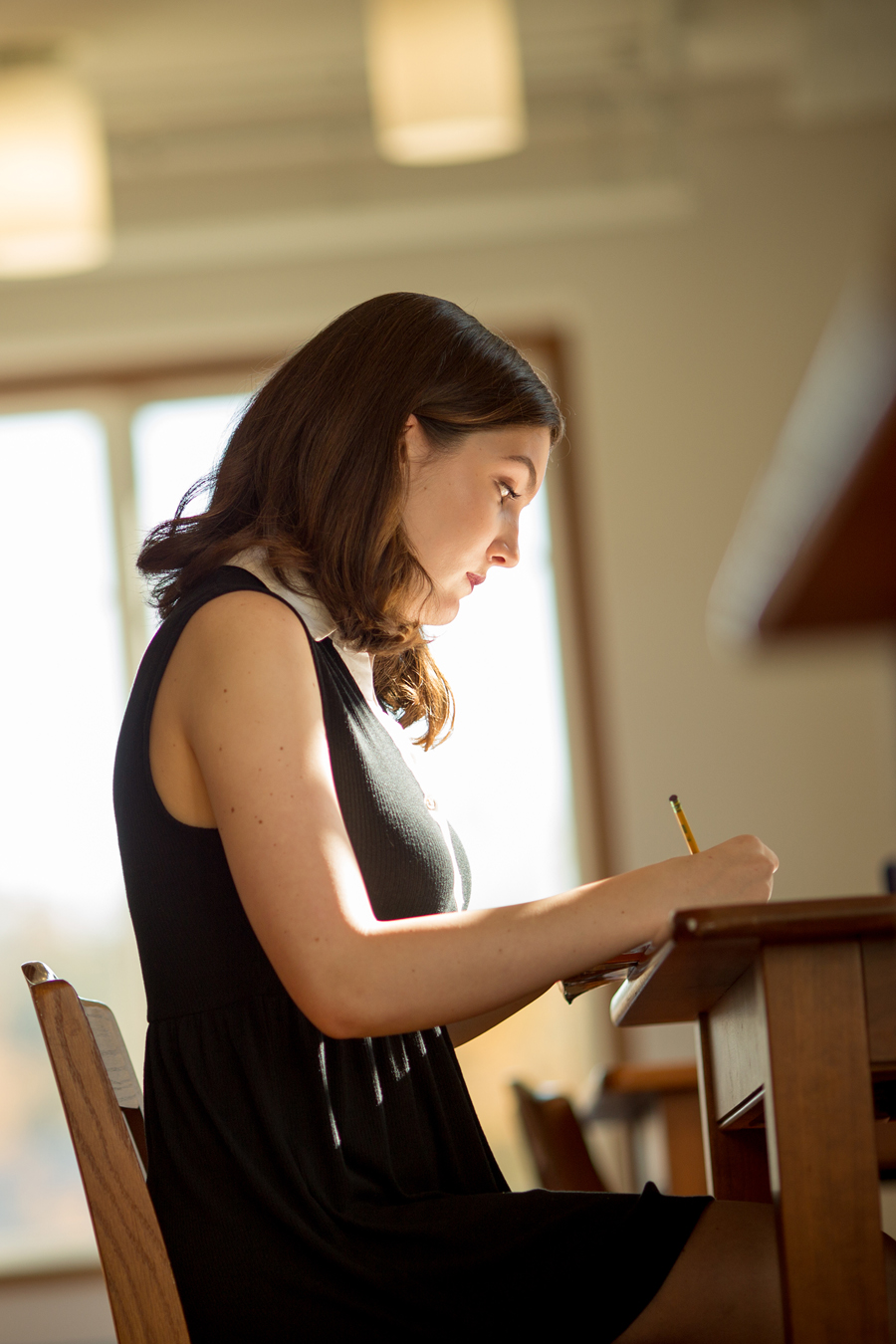 Standardized testing is a necessary part of the college process for most Blair seniors applying to college.

Trying to understand what standardized testing actually means, or perhaps more practically—how much standardized testing "counts" in the college process—is a subject of much discussion and debate. Most all highly selective colleges make every effort to look beyond standardized testing to find the most capable, well-prepared and compelling candidates for their schools, which means that such things as academic performance, counselor and teacher recommendations, student involvement and essay writing really do carry the day.

That said, standardized testing still occupies an important place in the admission process at many of leading state universities, where "numbers" are a critical assessment tool. As well, with standardized testing sometimes being a factor in the need-based financial aid process at a number of colleges across the country, we feel obligated to provide our students with the opportunity to score as well as they can. Toward that end, we provide our school community access to Method Test Prep; for details about how to register, please contact the College Counseling Office at (908) 362-6121, ext. 5620.

Regarding test preparation during the academic year, we strongly believe that student performance in any area, particularly in the classroom, should not be compromised due to excessive test preparation. While summers and breaks during the school year have traditionally been great times to focus on test prep, we have seen some good results during the school year, both via Method Test Prep and other types of preparation. Feel free to take advantage of what suits your needs and interests best and always keep your counselor and the College Counseling Office informed as to your intentions, as we may well be able to assist you as you plan your testing strategy.

Please know that you are responsible for making sure that your colleges receive your standardized test results directly from the testing services.

Blair is not in the business of "sending your scores" anywhere. You are also responsible for knowing what testing requirements are in place at those schools to which you apply. As well, you are responsible for not sending scores to any test-optional schools and for making the necessary adjustments on your Common Application to remove your scores from materials sent to those schools. You need to make sure your counselor knows of the test-optional schools to which you are applying. If you have any questions, please ask your counselor or Mrs. Byrne.

As a test center for the SAT and ACT, we are fortunate in that our students can quite easily plan for what tests to take and when to take them.

There is much debate as to which test, the SAT or the ACT, is "easier" or more suited to different types of students with different types of learning styles. This much we have figured out over the years: With few exceptions, our students tend to earn very similar scores on both tests. Comparative results from many students would confirm that those who sit for both the SAT and the ACT produce remarkably similar results. Still, there are reasons for certain students to consider one test over another, and those reasons are best discussed with your college counselor, who is in a position to offer unbiased advice.

There is also much debate about when students should sit for standardized testing. Rather than to take you through the many possible sequencing scenarios, we think it best to leave the sequencing to the students and their counselors. Between January of the junior year and December of the senior year, Blair students have ample opportunities to put together a representative testing resume to serve their college needs and interests well.

"Score Choice," a policy designed to "reduce student stress," gives students the option of determining which administration of the SAT I or which SAT II test(s) they would like to use to fulfill a college's standardized testing requirement.

Students will see the individual college's position on Score Choice when they attempt to send scores from their College Board account, and we expect students to follow these application requirements.

More information on Score Choice, including a very straightforward two-page FAQ section, can be found on the College Board website, but it is our strong suggestion that applicants from Blair "reduce their own stress levels" by simply sending all their official scores in a timely manner to all the colleges to which they apply. Questions should be directed to your college counselor.

On these days, tests will be administered at Blair Academy. Other dates are available at other testing centers; please contact the testing agencies for more information.
Powered by Finalsite